Leading trough bifocal lenses means being able to see both near and far. To put it another way, seeing both the details and the big picture. 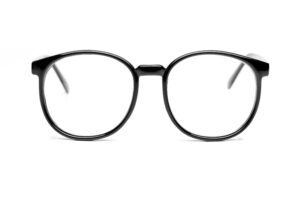 Abraham Lincoln said, “If I only had an hour to chop down a tree, I would spend the first 45 minutes sharpening my axe.” That philosophy illustrates the importance of looking at the big picture first before diving into the details. A leader who is only focused on the details will likely spend a lot of time and energy being busy but may not be as productive as they would like.

On the other hand, a leader who only looks at the big picture may be surprised to find that they missed their targets because they weren’t making adjustments along the way. Targets aren’t missed because of one huge event, it’s usually a series of small, subtle events that lead them off course. Being able to see the detail doesn’t mean that you have to be out on the floor doing the actual work. It does mean you should know what drives performance and if those things are being done.

Keep these four check points in mind to keep the right balance of near and far:

Vision is the big picture view of what the organization or department is trying to achieve. It is usually aspirational and not something that will be achieved in a year’s time. It is something that is worked toward over a long period of time. The vision is the foundation for all activity.

These are the high-level targets decided by the executive team each year. Organizations usually have 3 to 5 targets that are meant to move them closer to the long-term vision.

Because strategic initiatives are big and encompass all areas of the organization, everyone needs to help bring them to reality. Setting smaller quarterly goals that support the annual targets are the way to make progress. Leaders at each level should hold quarterly goal setting workshops so their teams can set goals.

KPMs, key performance measures, are the daily numbers that drive performance that leads to success. KPMs for quality, productivity, and efficiency should be set for every job. The KPMs should be reported on a daily or weekly basis so the leaders can view the details at a glance and know if the team is on course or not.

Leaders at the highest level – executives, vice presidents, and directors – are responsible for establishing the vision and strategic initiatives and communicating it down to the next level.

Department managers and supervisors should hold quarterly goal setting workshops and establish and communicate the KPMs. This level is more hands on and responsible for holding people accountable to the KPMs so the numbers reported on the dashboard reflect progress toward the vision and targets.

To be effective in your leadership role and develop the skill of seeing both near and far, it’s important to do three things:

Liz Uram is a nationally-recognized speaker, trainer, and consultant who equips leaders with the skills they need to get better results, make a bigger impact, and be a positive influence on others. She is the author of four books.